Recently revealed information about the Olympic timekeeper in Japan in 2020 triggered a big excitement among watch lovers. Omega again will take everything in their own hands when it comes to time counting. To celebrate the 2020 Olympic games in Tokyo Omega is releasing a collection of five timepieces and their colour and idea comes from the olympic colours. 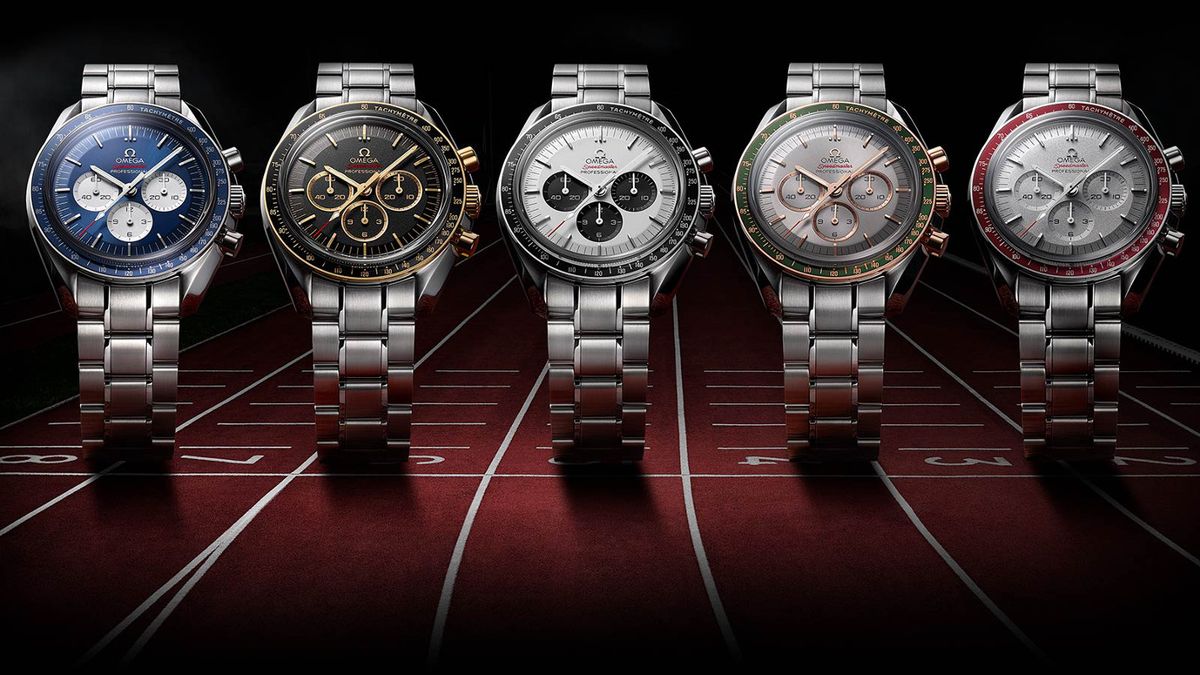 Since their release before few days social media went crazy, and lots of watch lovers out of Japan are desperately trying to make a purchase, unfortunately the are made for Japanese market only. It became more exciting when it was released that the Olympic Speedmaster 2020 watches can be bought in set of FIVE coming in luxurious box with bonus five leather straps. 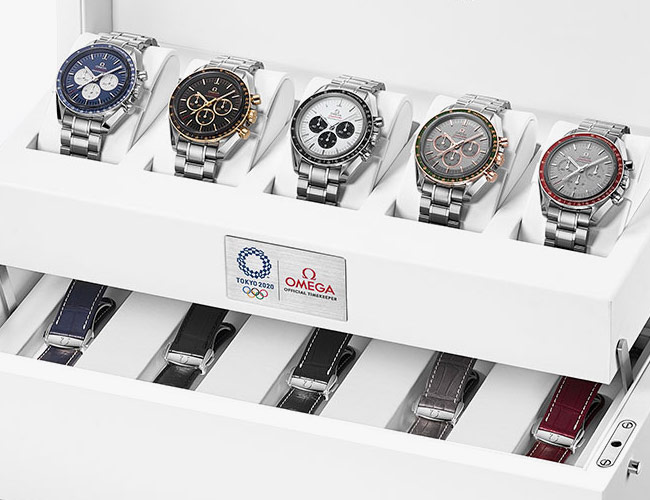 I must confess that I was completely confused when I checked for first time their official website and sow what at first looked like 10 speedmasters, and it took me a little while to get the point. So for every one who lost themselves trying to figure out what’s going on, Omega is selling 55 sets of five and 2020 of each piece. 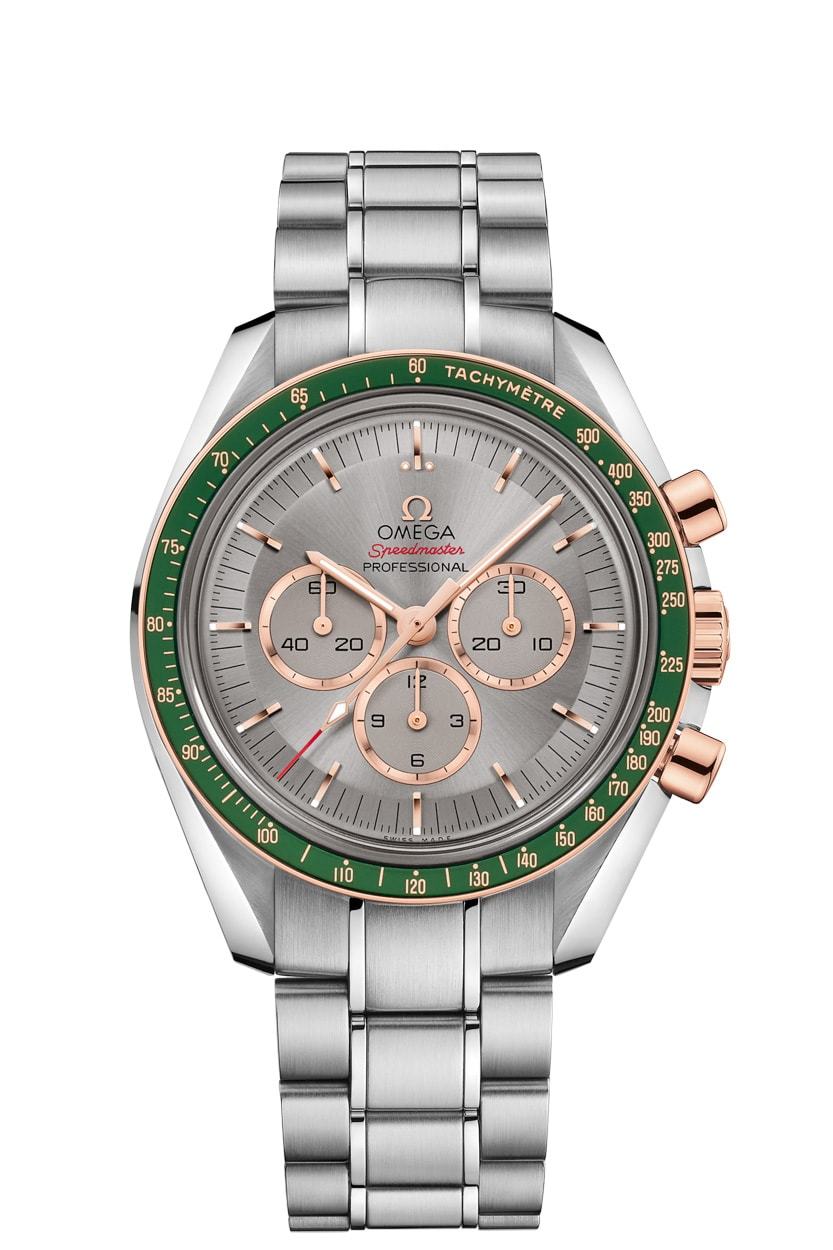 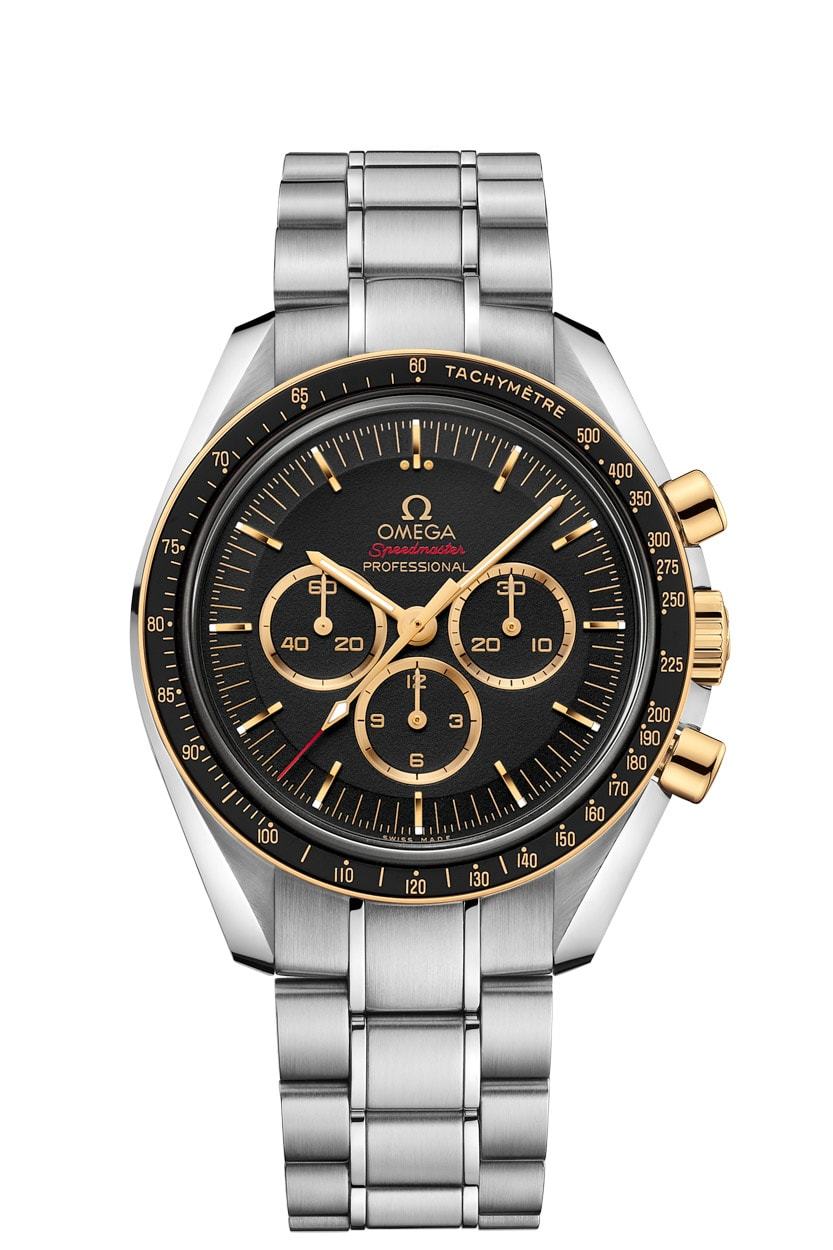 Omega logo and index are applied with 18 carat white gold in the other three variations. also red colour is used partly for the logo and the second hand.

The specifications are exactly the same as the Moonwatch limited edition with hand wound 1861 movement. Case dimension is the same 42 mm, and water resistance up to 50 m. On the face of the dial there are three chronographs for precise measurement of time. With the help of the taximeter scale speed can be read off in kilometres per hour based on 1000m distance.