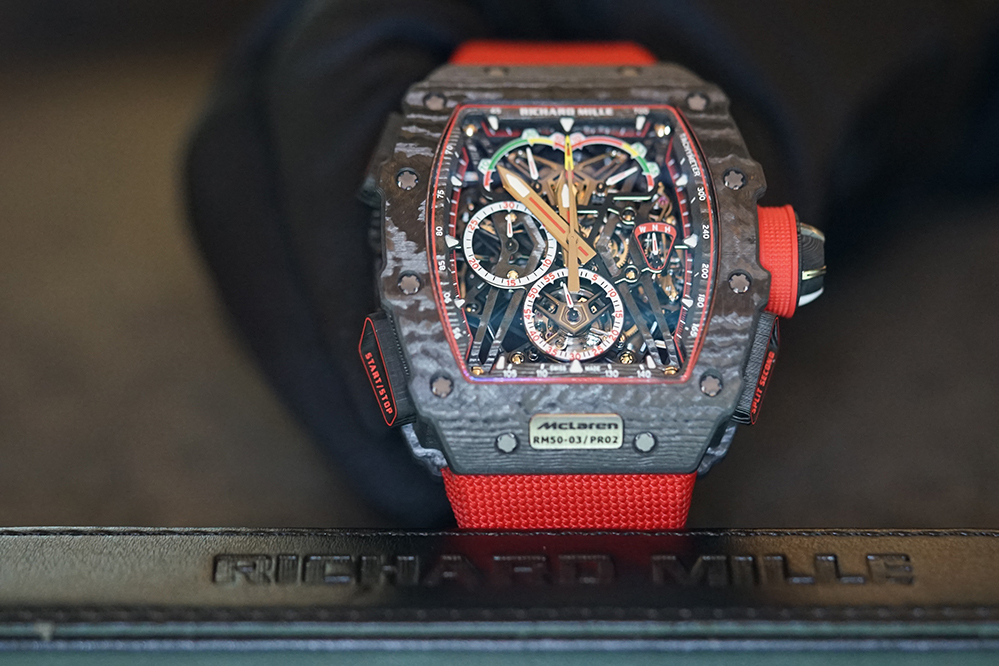 Incredible design, incredible durability and impressive technical features all packed in 40 grams.The cost for this chronological wonder will be seven figures.

One of the newest realise of Richard Mille is made in collaboration with McLaren and the Nobel-Prize-winning scientists from University of Manchester.Together they built
peace made of grade 5 Titanium, Carbon TPT and Graph TPT, a cutting edge material six times lighter than steel and 200 times stronger.Graph TPT is the material that it’s suppose to set a new era in the watch making. Surviving 5000 grams shock load during testing, making it tough.

Talking about the construction of the watch there is so much to be said,
first of all starting from the three-part case made by injecting graphite into 600 layers of carbon fibre each measuring only 30 microns thick surviving 5,000g shock pressure during the testing .The strap usually made of rubber is straightend with injecting Graph TPT which improves it’s resistance to wear.

The movement weight is increible 7 grams. Every single element is nicely polished and has a satin finish and crafted by hand. The usage of Titanium is one of the main reasons why this movement has this weight.The dial is as well made of Titanium and required three hours of hand polishing. The watch all together waits 40 grams including the strap with is more than we expected. The crown is made of the same material and has a red rugged ring around.

This Richard Mille50-30 McLaren has heaps of McLaren Formula 1 technical and aesthetic features inspired by Formula 1. The hollowed chronograph pushers evoke air intake ducts on McLaren Honda Car, so the imprint of McLaren is more than obvious. 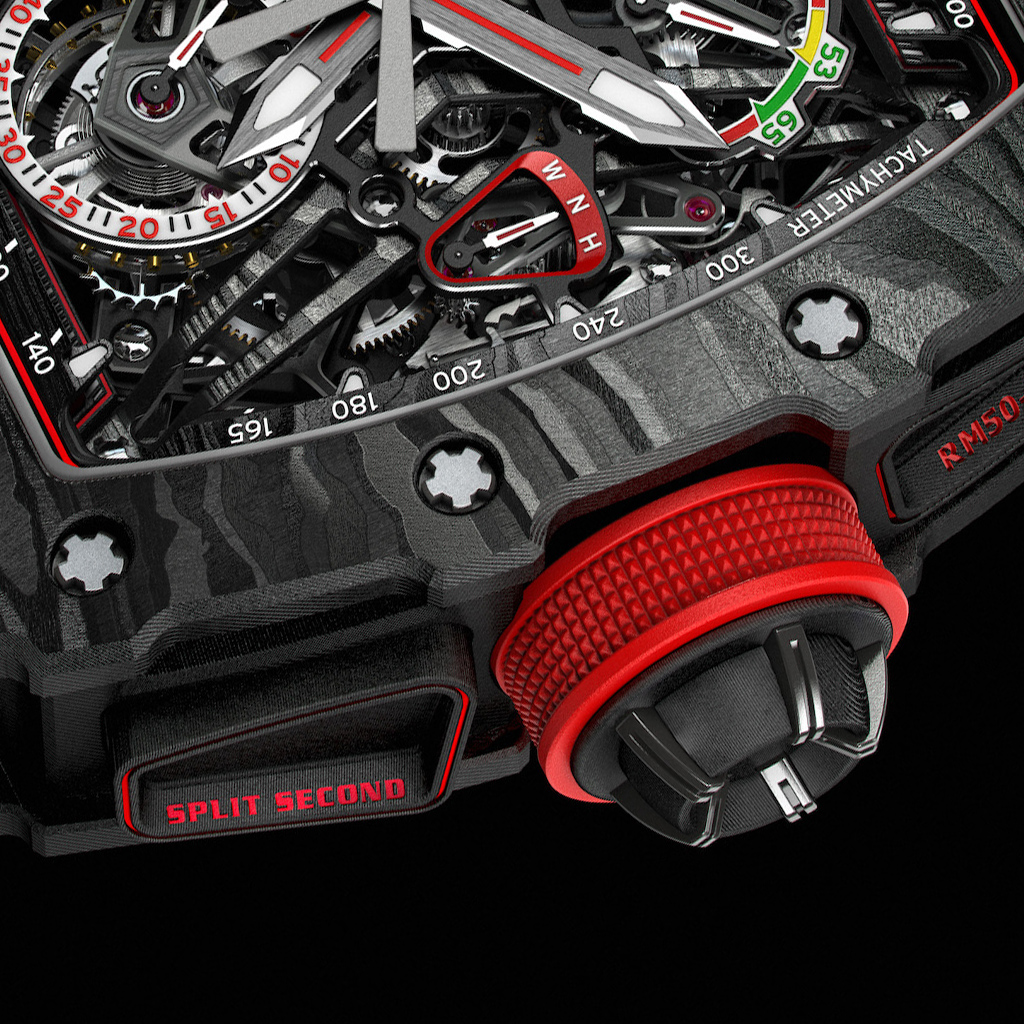 The power reserve is up to 70 hours and the usage of the remaining power can be monitored from the top indicator.

Only 75 peaces are going to appear on the market and costumers can buy them only and exclusively in specialised Richard Mille shops with a price sticker of $980,000.

At the end one thing is clear Richard Mille RM 50-03 McLaren F1 is the world’s lightest split second tourbillon chronograph.